Home » All Articles » Bitcoin: a beginner’s guide for entrepreneurs

Bitcoin: a beginner’s guide for entrepreneurs 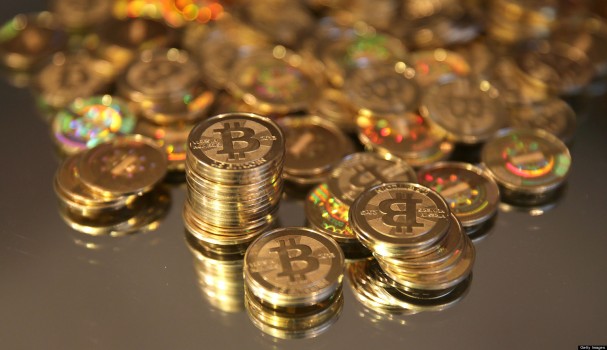 From pints in the pub to seats on private jets, businesses are using this new currency with great success

Bitcoin emerged in 2009; it is a peer-to-peer currency created solely by software. It means that one individual or business can pay another without the need to involve a bank. Transactions can take place anywhere in the world and can be concluded very quickly – usually in less than 10 minutes and can potentially involve very large amounts. At the time of writing, there were over 13m Bitcoins in circulation and individual coins were worth about £240 each. Each of these coins can be divided into units of up to eight decimal places with the smallest unit known as a Satoshi (0.00000001 of one Bitcoin).

But ever since its inception Bitcoin has been mired in misunderstanding and retains a degree of mystery to this day. For instance, it is not fully-known exactly who created it and although the name of a Japanese scientist, Satoshi Nakamoto, is commonly associated with its invention, his identity has proven to be elusive ever since. However, many of the aspersions and insinuations of Bitcoin also appear to be false and entrepreneurs, while not ignoring its volatile fluctuations, may indeed find it to be a useful method of transaction.

Bitcoin has also been associated in the press with criminality, dark web activities and, in particular, the notorious Silk Road website. However, Bitcoin is perhaps the worst currency anyone could choose to make an illegal transaction with as it so easily traceable. “Every transaction is recorded in a giant public ledger called the Blockchain,” explains Professor Campbell Harvey of Duke University in North Carolina, who has written a paper on Bitcoin. “If you want to find a currency used for crime it would be cash. Bitcoin is unique in that all transactions are recorded in this ledger and it’s extremely unlikely anyone would have enough computing power to hack it,” he adds.

Professor Harvey says that the Blockchain ledger has piqued the interest of many technology investors and venture capitalists who see enormous potential of a decentralised, indisputable and incorruptible log of ownership. “Imagine getting into your car and your ownership is verified via the Blockchain and the car starts only for you,” suggests Harvey. “It is also feasible today to attach many types of financial contracts to the Blockchain. It may represent the common knowledge of our civilisation in the future.”

The huge fluctuations of Bitcoin are apparent for all to see and appear to be its biggest challenge to overcome if it is to become widely-accepted. The currency lacks liquidity with far too few coins in circulation. But perhaps more importantly it also has no collateral; the government will not guarantee a loss if a Bitcoin wallet disappears in the same way it would for a bank account. For this reason, business owners tend to dump their Bitcoins and convert into home currencies the moment they receive payment.

For exchanges such as BitPay, which serves about 2,500 businesses in the UK and 45,000 globally, this is an opportunity. This business processes payments between customers and retailers and then converts Bitcoins into main currencies (dollar, euro, pounds, yen) at the rate agreed at the point of sale, minus a 1% fee.

However, this 1% is considerably cheaper than the rates demanded by credit card companies and BitPay says it’s not the only advantage on offer. “One of the things that Bitcoin solves for merchants is credit card fraud which is a huge thing,” says Wouter Vonk, European marketing manager at BitPay. “Credit cards are not built for the internet. Every week there is a new scandal where millions of card details are stolen and used. Eventually merchants get a chargeback from the credit card companies and are left with lost goods. Bitcoin is fundamentally different and irreversible.”

Some entrepreneurs tend to agree and are pleased that the internet is disrupting the banking sector. Adam Twidell is the founder of Privatefly, an online private jet brokerage which started accepting payments in Bitcoin at the end of 2013 after a customer recommended it do so. “Compared to when we set the credit and debit card systems it was really easy – it’s about as hard as setting up a Facebook account and making a payment is like sending a tweet,” he says.

Twidell uses BitPay to accept payments and then immediately has them converted into Euro. “We don’t hold on to them, we get them exchanged into Euros minus 1%. This is better than when we take credit card payments as the bank charges 4%. The big advantage is that there are no chargebacks with Bitcoin whereas with credit card there can be, mostly because of fraud.”

Twidell says handling payment is often an issue and is irritated by the complacency of the banking sector when it comes to access to money. “I don’t want to bash the banks but I find it incredible that all the other industries have moved to 24/7, but they close on Saturdays and customers that fly weekends can’t make payments until Monday.”

But closer to home, pub entrepreneur Stephen Early has enabled his customers to use Bitcoin to buy refreshments at premises run by his company Individual Pubs. Early also felt that credit card services were slow and cumbersome and he chose Bitcoin because it “let me build the kind of system that I wanted to build for accepting cards, but couldn’t.” However, he currently converts the Bitcoin payments himself, choosing to hold on to the Bitcoins and therefore engaging in a little currency speculation. “[I am] up on average. I’m happy to hold onto them and choose the time to sell them,” he says.

It’s still very early days for Bitcoin and the world is yet to fully appreciate how cryptocurrencies work. Its success is by no means guaranteed and it could yet be supplanted by another currency based on a superior model. “It’s embryonic, it’s really very small especially when you compare it to credit cards,” says Professor Harvey. “Some things will have to change for it to become successful. But it solves many problems which other currencies face. There is a possibility that it could cause major disruption to the financial industry, which is why I am so interested.”