Small Business Owners and the Economists Who Hate Them 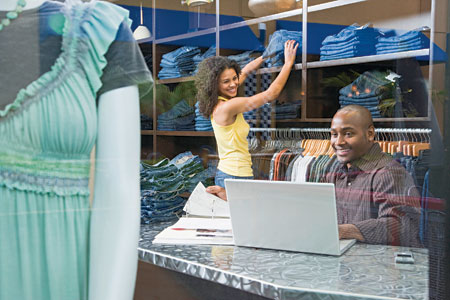 Hugging a small business owner, like kissing a baby, is a time-honored way for politicians to broadcast their populist spirit. Supporting programs for Main Street has been a favorite salve for Wall Street bankers seeking to repair reputations wrecked during the financial crisis. Everyone, including 95 percent of the U.S. population, likes small business. Except, perhaps, economists.

In recent years, a growing chorus has argued that small business owners are not the job creators they’re often believed to be. (It’s not the mom-and-pop types that drive job growth, that argument goes, but young companies that are small only because they haven’t gotten around to growing yet.) Now, a working paper (PDF) published by the National Bureau of Economic Research is making the case that government support for small business owners is holding back economic growth.

To reach that conclusion, four academics at West Virginia University and Georgia Institute for Technology compared 30 years of data on loans backed by the Small Business Administration to county-level income growth. On the whole, the authors found that a 10 percent increase in SBA loans to businesses in a given county was associated with a 2-percentage point decrease in income growth.

Is that a little or a lot? The authors don’t say, though they write that “SBA lending to small businesses comes at the cost of loans that would have otherwise been made to more profitable and/or innovative firms.” That argument has been made before (PDF), although without as much data. A further complaint some critics make is that SBA loan programs, which guaranteed more than $23 billion (PDF) in the government’s last fiscal year, introduce moral hazard into lending decisions by limiting banks’ losses on loans that default.

For the most part, these criticisms are, um, academic. The SBA’s largest programs don’t lend money to small businesses directly; they guarantee up to 90 percent of loans made by commercial banks. Supporters of those loan programs point out that the government earns enough in fees to cover losses from defaults, limiting cost to taxpayers.

Subsidy programs, meanwhile, don’t have to make perfect economic sense. They can promote additional goals, such as improving access to capital for minority entrepreneurs. As long as small business remains popular with voters, no amount of research is likely to put the future of SBA programs in doubt.