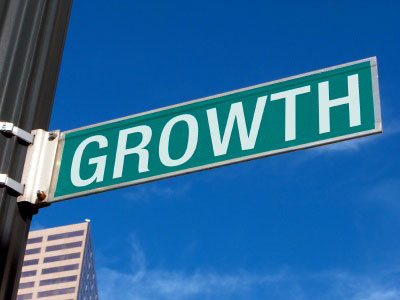 In my long career, it’s hard to imagine a time when you could get as many different answers to this question.

We know the answer if we’re talking to any of the millions of chronically unemployed or under-employed; they’re not represented in the misleading U3 unemployment index used by politicians and the media. And the same goes for the millions who were forced to transition from unemployment to early retirement, disability or welfare.

What about Wall Street? This year saw new record levels for stocks, even during a quarter when the economy actually contracted. Any questions?

How about small business owners? Recently we asked them this question: How is the economy looking for you over the last third of 2014? Almost two-thirds of our respondents allowed they like what they see. That’s an improvement from polls we’ve conducted over the past couple of years when barely half expressed optimism.

Are small businesses finally feeling more confident about the economy? For generations Wall Street was accepted as a leading indicator of the economy; today it’s merely an indicator of itself.  I consider Main Street to be the more relevant economic indicator so this increased optimism is good news — at least until Wall Street and Washington do something to derail all of our hard work, like the last financial crisis they created together.

In a follow-up poll we asked small business owners how they would fund their next growth opportunity. Almost half reported they would grow organically with retained earnings (profits) and current cash flow. And consistent with previous polls by myself and others, only three percent chose the historical small business funding source: a bank loan.

Ironically, this growth-by-bootstrapping response is a silver lining of the financial crisis cloud. As I predicted in 2009, in order for small businesses to survive the Great Recession they had to operate more efficiently while reducing debt, which produced two very important financial conditions: 1) a better cash position and 2) more profit. Consequently, it’s not surprising when almost 50% of respondents to this poll reported the ability to capitalize future growth with in-house resources.

Unfortunately, small business retained earnings alone won’t take the economy from moribund recovery to robust expansion. That will require Corporate America to stop hoarding cash and start investing in the economy. The question is, when will Wall Street let them?