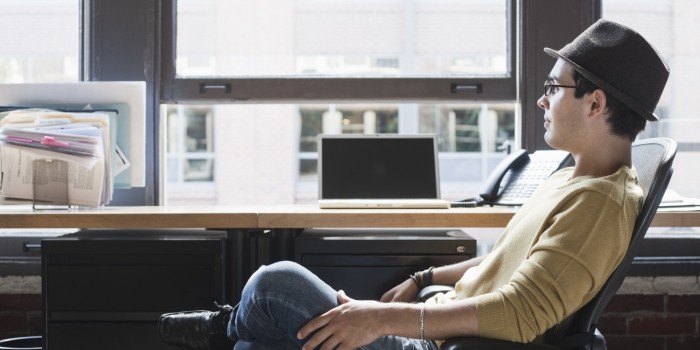 September’s Optimism Index gave up 0.8 points, falling to 95.3. At 95.3, the Index is now 5 points below the pre-recession average (from 1973 to 2007). Four Index components improved, six declined. Two declined by 10 points total, accounting for the entire decline in the Index score. Unfortunately, the two that fell drastically were job openings and planned capital outlays, which are directly relevant to GDP growth and hiring.

NFIB owners increased employment by an average of 0.24 workers per firm in September (seasonally adjusted), the 12th positive month in a row and the largest gain this year. Fifty percent of the owners hired or tried to hire in the last three months and 42 percent reported few or no qualified applicants for open positions. Twenty-one percent of all owners reported job openings they could not fill in the current period, down 5 points, not a good sign for improvements in the unemployment rate. Fifteen percent reported using temporary workers, down 1 point. Job creation plans faded, suggesting weaker job creation ahead. The net percent of owners planning to increase employment fell 1 point to a seasonally adjusted net 9 percent, after a 3 point decline in August.

The net percent of all owners (seasonally adjusted) reporting higher nominal sales in the past 3 months compared to the prior 3 months deteriorated 2 points to a net negative 4 percent. Fourteen percent cited weak sales as their top business problem, one of the lowest readings since December 2007, but up 1 point from August. Expected real sales volumes posted a 1 point decline, falling to a net 5 percent of owners expecting gains after dropping 4 points in August. Overall, these readings are more like a recession period than one of expansion.

The pace of inventory reduction accelerated, with a net negative 7 percent of all owners reporting growth in inventories (seasonally adjusted). Clearly firms are liquidating stocks faster than adding to them. With sales trends weakening, the reductions in inventories are not surprising. The net percent of owners viewing current inventory stocks as “too low” improved a point to a net negative 0 percent, a very balanced reading. Sales trends continued to deteriorate a bit but remained near the best levels in the recovery, just historically weak. Expected real sales did not improve, and this contributed to less urgency to rebuild stocks. The net percent of owners planning to add to inventory stocks rose 1 point to a net 2 percent. While inventory accumulation can add to GDP growth, there isn’t much “juice” in the small business sector to contribute.

The percent of owners planning capital outlays in the next 3 to 6 months fell 5 points to 22, an unfortunate reversal for this important measure. Inconsistent with this decline was a 4 point rise in the percent of owners viewing the current period as a good time to expand substantially, the best reading since December 2007, the peak of the last expansion. Fifty-six percent reported outlays, down 2 points from August, not a very encouraging reading. Of those making expenditures, 38 percent reported spending on new equipment (down 4 points), 23 percent acquired vehicles (up 1 point), and 12 percent improved or expanded facilities (down 2 points). Five percent acquired new buildings or land for expansion (down 2 points) and 9 percent spent money for new fixtures and furniture (down 2 points). Overall, spending remains in “replacement mode”, not a lot of expansion except in selected markets including Texas and North Dakota.

Seasonally adjusted, the net percent of owners raising selling prices was a net 4 percent, down 2 points after a surprising 8 percentage point decline in August. Seasonally adjusted, a net 16 percent plan price hikes (down 3 points). These developments are good news to the Federal Reserve, making them more comfortable providing “accommodation” even though there isn’t much evidence to support the notion that buying bonds is helping the employment picture or creating the “desired” inflation.

Earnings trends deteriorated 2 points, reaching a net negative 19 percent. Sales are not improving substantially and labor costs continue to put pressure on the bottom line. Benefit increases induced by the healthcare laws raise labor costs but contribute little to take home pay. A seasonally adjusted net 18 percent reporting higher compensation, down 4 points, reversing a positive compensation trend. A net seasonally adjusted 15 percent plan to raise compensation in the coming months (unchanged). The reported gains in compensation are still in the range typical of an economy with reasonable growth, but the reversal was disappointing (for employees) as it signals weaker labor demand and soft labor markets.

Six percent of the owners reported that all their credit needs were not met, up 2 points from the historic low. Twenty-eight percent reported all credit needs met, and 51 percent explicitly said they did not want a loan. Only 2 percent reported that financing was their top business problem compared to 21 percent citing taxes, 22 percent citing regulations and red tape and 14 percent citing weak sales. The net percent of owners expecting credit conditions to ease in the coming months was a seasonally adjusted negative 7 percent, 2 points worse than August. Interest rates are low, but prospects for putting borrowed money profitably to work are not great and so loan demand remains weak among small business owners. Low rates have not triggered the growth in spending that would promise a good cash flow on business investments.

Pundits report that the Federal Reserve is planning to raise interest rates, probably around mid-2015. But, the message some observers get is a bit different. Federal Reserve officials have made it very clear that any decision to raise rates, or allow the market to work, is “data dependent”. The premise that rates will rise in 2015 is spun off of the economic forecasts of the Fed governors and regional presidents. Their forecasts have been persistently optimistic. If their forecasts are correct, rates can go up, but if their forecasts turn out to be too optimistic, will rates still be allowed to rise? Recent speeches by Federal Reserve officials have emphasized the “slack” in labor markets and the consequent need for “accommodation”, the code word for buying bonds to keep interest rates low. This in spite of the evidence that indicates the low rates are not stimulating the hoped-for spending and hiring but causing many other distortions. An official end to QE3 does not preclude the Federal Reserve from buying bonds through normal Open Market Operations in the conduct of monetary policy. The Federal Reserve has not been able to attain its goal of 2 percent inflation or its unspecified goals for employment (the unemployment rate was quickly disposed of as a target measure). This obviously creates much uncertainty, not just in financial markets but on Main Street as well. Seeing the Federal Reserve trying to create the very thing they were designed to minimize is a bit disconcerting.

With historically low interest rates, why has the percent of small business owners indicating no interest in borrowing reached record high levels?

The answer is obvious except to policymakers in Washington, D.C. Borrowed money must be repaid with interest and few business owners see opportunities to make profitable investments in facilities, equipment or employees. There is too much uncertainty, expectations for improved sales are weak, the economy is not expected to improve substantially and there is little hope that the top concerns of business owners will be addressed in Washington, D.C. While Gross Domestic Product (GPD) growth has been positive, Gross Domestic Expenditures have only recently shown some strength. The difference between GDP and Gross Domestic Expenditures, is exports, the life blood of the performance from large companies. As domestic spending picks up, the small business sector will contribute more to growth and employment. Less clear is what will trigger the improvement in domestic spending. More bond buying will not, it will probably take very positive news from Washington dealing with taxes and regulations to improve the mood of consumers and small business owners. Only 1 in 10 consumers thinks government policy is “good”. This will have to improve before the private sector picks up speed.

This survey was conducted in September 2014. A sample of 3,938 small-business owners/members was drawn. Six hundred and eight (608) usable responses were received – a response rate of 15 percent.