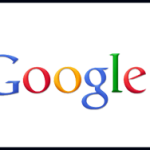 Google has announced 50 state winners of Google eCity Awards. According to the company, the awards recognize the strongest online business community in each state. “These cities’ businesses are using the web to find new customers, connect with existing customers and fuel their local economies,” says Google.According to the selection methodology, the first hurdle for a city to cross to be considered their state’s  eCity winner was to be among  the top five cities with the highest percentageRead More